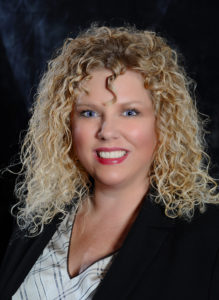 Kimberly Fitzpatrick was elected as Judge of the 342nd District Court in November 2018. In her first eighteen months, she worked tirelessly to reduce the pending cases on her docket and create a timely and welcoming court that is impartial and fair.

With the support of her incredible team, the 342nd court has tripled the number of cases tried versus the previous years. Additionally, she has worked to utilize technology to conduct hearings via Skype, Facebook Live and other applications in an effort to reduce costs and increase convenience and accessibility.  Of the civil courts, the 342nd court consistently disposes of the most cases each month and has the lowest number of pending cases on its docket.

She is a Fellow with the Texas Bar Foundation, an honor bestowed upon less than 1% of Texas attorneys each year. Prior to serving as judge, she was consistently voted a “Top Attorney” by Fort Worth Magazine and a “Texas Rising Star” in Texas Monthly. She was also recently selected for the 40 Under 40 award by Fort Worth Business.

Fitzpatrick maintains a strict constructionist philosophy when interpreting constitutional or statutory language and believes in leaving the legislative role for the people and their elected representatives. When she first ran for this bench, she made a commitment to maintain an utmost commitment to transparency, integrity, and accountability. Today, she’s proud to report that in her first 18 months, that campaign pledge became a reality in her courtroom.

Kimberly and her husband Ryan reside in Mansfield with their two daughters. Together, they work to support a number of local charities, including Mission Arlington, Big Brother & Big Sisters of Arlington, Salvation Army, Boys & Girls Club, Mansfield Cares, YMCA and Junior League of Arlington.